Relieve stress, learn self acceptance and come home to your natural vitality, sexuality and joy through individual Reichian Breathwork sessions facilitated by 40 year practitioner Dr. Siri Gian Singh Khalsa. Experience the many benefits of this powerful form of bodywork using breath, sound and movement in a safe environment for emotional, physical, psychological and spiritual breakthroughs.

The Power of Breath

Reichian breathwork was first developed in the early 20th century by pioneering therapist Dr. Wilhelm Reich M.D. Considered by many to be the granddaddy of all deep emotional release forms of bodywork, Reichian breathwork is now practiced by medical doctors, chiropractors, therapists, and bodyworkers around the world.

Reichian Therapy is a non-verbal “breathing” therapy. Whereas “talk” can be a great way to avoid what you’re feeling, there is no way to avoid feelings while lying there in a Reichian session. Over time, chronically stiff and hard muscles blocking sensation and energy flow will soften. Eventually, the rage we hold in our muscles will surface, giving way to more feelings of pleasure, freeing blocked energy and sexual dysfunction.

We spend an enormous part of our energy holding back basic needs and feelings which we’ve learned were not okay. An effective way to free these blocked energies, release anger and reawaken to our natural vitality and pleasure is through the breathing, movement and sounds of Reichian sessions.

Make Breathwork a Part of Your Life

Dr. Khalsa has been involved in the study of human sexuality and daily practice of Kundalini Yoga for over 50 years. The basis for his work is grounded in Reichian Therapy.

I have been doing Reichian breathing privately with Siri Gian twice a month for the past twelve years. For about one year now, I have also been doing a Kundalini meditation for improving memory.

As a result of doing this work, I feel I am more in the present, less reactive, more able to love and accept love.

Just about a year ago I joined the wonderful one hour breathing group that Siri Gian leads at the Coast Clinic. When leaving the latest class, I was astonished by the beauty of the plants outside the clinic. I have experienced this sensation before, after Reichian sessions. The whole world glows. I am seeing much better, colors are brighter.

I am very grateful for this work. 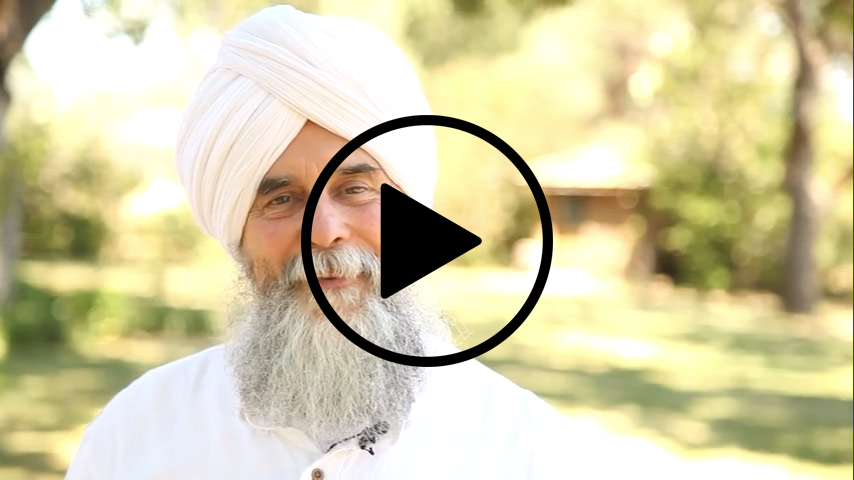 A Tribute to My Good Friend and Teaching Partner

Michele was one of my best friends for almost 40 years, my teaching partner for 27 years, and my life partner for nine years. I have no words to express the gratitude I feel for all of the gifts that she brought into my life, the lives of my two daughters Maya and Guru Mantra, and into the lives of the thousands of students who attended our classes and workshops.

Born and raised in southern California, Michele attended Chiropractic College in 1973 and earned her Bachelor’s degree in psychology in 1977 under Dr. Phillip Curcuruto D.C., who brought Reichian Therapy to the West Coast over 60 years ago. She received her Master’s degree in biology with clinical emphasis in nutritional biochemistry in 1987, the same year she relocated to Northern California with her two young, home-born children, Sasha and Ian. While continuing her Reichian Therapy and nutrition practice, she also formulated her own signature line of botanical fragrances, massage oils & incense, “Yakshi,” establishing her small manufacturing business nationwide for over 12 years.

Michele was a masterful Reichian Therapist and teacher in ways of giving and receiving pleasure. She was involved in the academic and personal study of human sexuality since 1969. The basis of her work was grounded in Reichian Therapy and the works of Dr. Wilhelm Reich. She received one of her degrees and over 35 years of personal training under the tutelage of Dr. Deborah Curcuruto, Ph.D., and Dr. Philip Curcuruto, D.C. Stemming from a chiropractic orientation, Michele utilized Dr. Philip Curcuruto’s “Cranial-Vegetotherapy”, one of the most original contributions to the modalities of Reichian Therapy. The cranial technique, which removes stress in the cranial sutures, reestablishing normal pulsatory movement of cerebrospinal fluid and in turn normal muscular reaction in the body, contributes to the broader prospective of Reichian Therapy. She also held classes on “Reichian Therapy & Kundalini Yoga Intensive” and “Women’s Reichian Therapy Intensive and Yoni Yoga”.

Michele was board certified by The American College of Sexologists.

An interview with Chip August on Reichian Therapy

The Reichian Insitiute offers easily accessible guidance in a range of choices to enhance your life, including Reichian Breathwork, pranayama from around the world, chanting, pleasurable movement, greatly enhanced sexual health, and addiction recovery.